Tropic Island Pools Install A Variable Speed Pool Pump to reduce the energy costs associated with having a swimming pool in Richardson, TX.

A second benefit of a variable speed pool pump is its longevity. The typical variable speed pump is crafted as a totally closed and sealed unit. The Sealed Pool Pump Casing prevents debris and water from entering the motor, protecting it from outside damage in Richardson, TX.

The variable speeds are how you save money. Setting the pool pump to minimum RPMs for specific times of the day will Reduce The Electricity used during those times in Richardson, TX. It works similarly to changing the temperature on the air conditioner during the times of the day when you are not at home.

Contact the Professional Swiming Pool Technicians at Tropic Island Pools. Ask for an estimate or set up a meeting in Richardson, TX.

Richardson is a principal city in Dallas and Collin counties in the U.S. state of Texas. As of the 2019 American Community Survey, the city had a total population of 121,323. Richardson is an affluent inner suburb of Dallas. It is home to the University of Texas at Dallas and the Telecom Corridor, with a high concentration of telecommunications companies. More than 5,000 businesses have operations within Richardson's 28 square miles (73 km2), including many of the world's largest telecommunications and networking companies, such as AT&T, Verizon, Cisco Systems, Samsung, ZTE, MetroPCS, Texas In 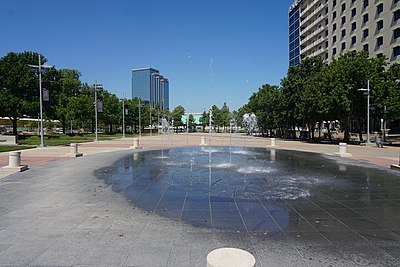 We wanted a resort in our backyard. Tropic Island did a great job of giving us just that. As a builder in Richardson, they were professional and responsive. Building a pool has a lot of steps. They did a great job navigating all the way through and delivering a beautiful pool. I highly recommend them.

They installed our modern pool in our backyard. Great water features. Deck jets and bubblers. Wonderful. We recommend them as a Richardson Pool Builder.

We wanted a small pool in the backyard. The design was wonderful. We’re glad we picked Tropic Island Pools as our Richardson pool builder. They did a great job.

We called Tropic Island Pools. They came out and looked at our project. We went through the design process. The build process was good. All construction has its ups and downs, yet the project overall was great. We recommend Tropic Island Pools as your Richardson Pool Builder.

We wanted a pool and spa in our Richardson backyard. We went through the design process with Scott and Dorinda. They gave us many options. The pool ended up great. The entire family loves the pool. We recommend Tropic Island Pools.